This month I’m spotlighting Jon Ripslinger, former teacher and author of eight young adult novels published over a span of 21 years, all featuring 17 to 18-year-old protagonists.

Though he’s marketed his more recent books, Jon has had no formal, written book marketing plan. He’s seen firsthand the changes in marketing in the publishing world. For his first three books, the publisher handled all of the marketing and Jon wasn’t asked to do anything. However, he said, “Now, I’m expected to be deep into marketing on social media. I’m on Facebook, Twitter, Google+, and Goodreads, and I have a blog, all of which was unheard of when I started out writing in the 1990s.”

Jon views book marketing as a necessary chore; he dislikes it but the publisher expects him to do it. He said, “I find it difficult, and worse than that, marketing on social media takes a great deal of time away from my creative efforts. Some days I spend all my time working social media and none on a new novel or short story.”

The time book marketing takes and how it’s shifted his priorities have surprised Jon as his publishing career has progressed. “When I was writing in the late 1990s, I spent all my writing time on writing. Every day at the computer, working on a rough draft, the next day editing what I’d written the day before, then pushing on with the script. Not anymore. Working on my blog and social media sites comes first, then comes working on a script—if I have time. Having said that, let me add this: For my most recent novel, The Weight of Guilt, Red Adept Publishing at no cost to me provided me with a content editor, a line editor, and two proofreaders. The publisher also provided at no cost to me the book’s cover and back-cover text. I get 50 percent of the profits. So I believe the publisher has every right to expect me to work hard marketing wherever and whenever I can.”

Jon has found the most marketing success in social media, in part thanks to his over 500 friends, many of whom are former students from when he taught English at Davenport West High School for 33 years. He maintains a “One-minute Romance” blog which features, so far, 104 approximately 800-word long short romance stories. The blog has received nearly 17,000 hits; Jon expects 20,000 hits by the end of 2015. He’s had successful book signings, too, selling 30 to 40 books at each of his seven at the Davenport, Iowa, Barnes and Noble. He’s found Twitter the least successful: “Most of my fellow twitterers are authors but strangers who, like me, are simply hawking their books, though I try to provide advice about writing in 140 characters or less.” Jon has not yet tried paid advertising but said he will consider some future Facebook or Twitter ads.

For his latest book, The Weight of Guilt published by Red Adept Publishing, the house arranged a blog tour during May and the first week of June. He said, “The tour features 17 book bloggers who have agreed to join in and highlight posts about TWOG. Some bloggers simply spotlight the book by posting a short bio of me and the book’s first chapter; some have interviewed me; some have asked me for guest posts; some have read the book and posted four- and five-star reviews, which is very encouraging, since the reviews are also posted on Amazon, Barnes and Noble, Goodreads, and more. I have found the blog-tour strategy very successful for creating a buzz about the book. It’ll take a while before I find out if the buzz results in sales.”

Jon finds inspiration from posters that have hung in his writing room at home for over 30 years that state “Miracles happen only to those who believe in them,” and “Happy are those who dream dreams and are ready to pay the price to make them come true.” Great advice on their own, but Jon also offers this advice for other recent or soon-to-be published authors: “Establish yourself on social media immediately and be prepared to spend a lot of time on your chosen sites. Study what successful writers have done on these sites. If you can, be unique. Traditional publishers might hesitate to publish your book, regardless of how good it is, how well written, unless you can prove you’re ready, willing, and able to promote yourself and your book. Self-promotion is expected of you. It’s now part of your job as an author.”

Click on the title of each book below to learn more from Amazon. The books are also available at other national and local book retailers.

The Weight of Guilt, 2015, Red Adept Publishing. Two girls John Hawk dates die violently. Suffering from terrible feelings of guilt and believing his life is cursed, John is accused of rape and murder. 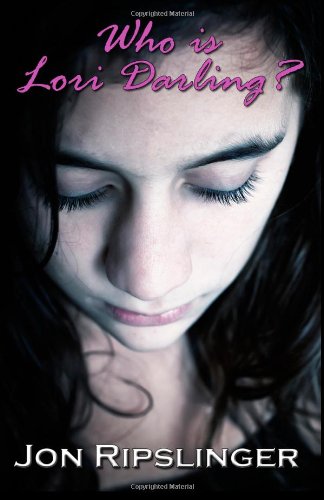 Who is Lori Darling, 2013, Martin Brown Publishing. Carl Mueller discovers the girl he’s madly in love with has been and is being sexually molested by her father—since she was ten years old. 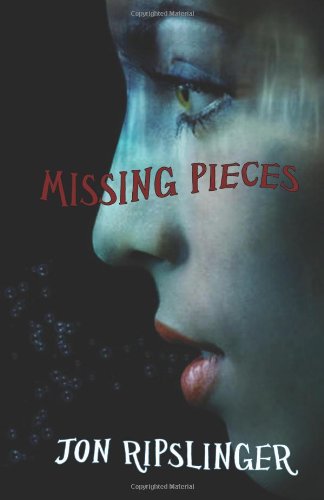 Missing Pieces, 2012, Martin Brown Publishing. Kyle Donavan suspects his dad killed his mom, dismembered her with a chainsaw, and sank the pieces into the Mississippi. River.

Last Kiss, 2007, Llewellyn World Wide.  Billy O’Reily makes love with his girlfriend in her bedroom for a final time—she breaks up with him—and the next morning she’s found dead.

Derailed, 2006, Llewellyn World Wide. Wendell Stoneking’s girlfriend is a single mom, a senior in high school, and when her psycho ex-boyfriend kidnaps their son, Wendell is forced to risk his life before the psycho rapes Robyn and kills Tyler.

How I Fell in Love & Learned to Shoot Free Throws, 2003, Roaring Brook Press. Danny Henderson’s girlfriend, a new girl in school, breaks up with him and goes into hiding, fearing bullying, when he discovers she’s a test-tube baby with two moms, and she’s afraid he’ll tell everyone.

Triangle, 1994, Harcourt Brace.  Best friends since grade school, Darin and Jeremy fall in love with the same girl. And one of them has made her pregnant.