When novel writing, it’s sometimes easy to forget what your characters look like, especially if you’re like me and can only make weekly appointments to work on it. My workspace is also relatively small considering all of the other things I write and that take up my time.

After a storyboarding workshop the winter before last, I decided to create a visual profiles board to assist me with my novel writing. I had already written character sketches and found images online of people who I thought looked like my characters, so it was just a matter of copying them and old-school cutting and pasting.

The result is the board you see on the right side in this photo. With pictures of my characters (and other key items like my characters’ home) attached to a piece of foam core, I could tuck the board away and pull it out when working on my novel. When I was done, I stashed them back out of the way, keeping my space tidy and organized.

At the point when I’d done the storyboards, I was writing one chapter each week. So when I wrote, I looked at the chapter description, wrote the scenes, and weaved in the evidence bits. Within several weeks, the novel’s first draft was completed and my mystery elements were all included.

Have you used a storyboard when writing your novel (or other book)? I’d love to hear about it. Just type them into the comments section below.

Want to find out more about the book that was written with the above methods, Taming the Twisted, and about my other titles? Click here to visit my author website at www.jodietoohey.com.

When I was a kid, as a way to fall asleep at night, I would picture elaborate “day dreams” in my head. I was always the main character. When I was a teen, these mostly involved imagining how my latest crush would realize his love for me and we would be together. Eventually, I would get to a boring spot and I’d fall asleep.

But, sometimes, if my imagination brought me to somewhere emotional or with a lot of tension or suspense, it would keep me up half the night.

I didn’t realize it at the time, but I was actually training my brain to write fictional stories. So when I started to write my first novel, I already knew how to imagine the story – the trick was translating it into words on paper. To keep people reading, I just had to imagine the types of things that kept me up at night. And if I find myself getting sleepy, I know the story is going stale.

Now, when I work on my novels, I do the exact same thing but with a keyboard in front of me. I imagine the story in as much detail as possible, right down to the words used in conversation, and I type it.

If you write stories, you may already do this as well, whether you realize it or not. But, if you haven’t and you find yourself stuck, give it a try. Just write down what you see in your imagination. 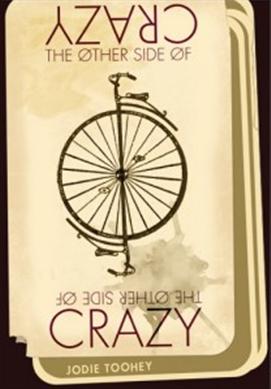 Poetry comes to me in different ways. I never usually sit down and tell myself, “Okay, time to write some poetry.” My poems usually come to me while I’m writing in my journal. I’ll be writing away about mundane, everyday-life things and a poem will just come out in the process. Sometimes, as I’m writing my stream of consciousness, rambling writing, there will be a sentence or two, or even a few phrases, that I’ll take and use to create a poem.

Many of my poems are about tiny moments. It’s something that just struck me as interesting so I wrote about the moment in as much detail as I possibly could, and then I massaged the words into a poem. These are things like fog swirling over the Mississippi River on a February morning driving over the crest of a hill toward the water, the sheet of water from a sprinkler cascading over a green electrical box, or abandoned toys and roller skates in suburban yards on an early Sunday evening. I just notice them and write about them. 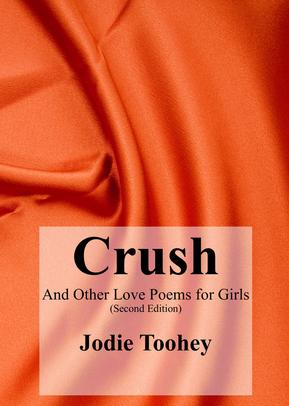 Some of my poems are seemingly random words that pop into my head. I just listen to the words flying through my mind and write them down. Many times I don’t even know what the poem is about or, sometimes, that it will even be a poem. There have been several occasions where I’ll re-read a set of lines I thought I just wrote randomly and think, “Hey, that’s about…” I wrote a poem I titled “Apology” this way.

My poems are mostly free verse. I don’t follow any particular forms. Some of them rhyme and some of them don’t; some of them partially rhyme and some don’t rhyme at all. If a rhyming part comes to me, I include it but I don’t force rhymes onto my poems. Most of my poetry is easy to understand and accessible, especially those in my book, Crush and Other Love Poems for Girls. There are a few more abstract poems in my collection by 918Studio, The Other Side of Crazy, but even they are not terribly abstract.

As far as revising my poems, it’s a matter of paring down. I cut any unnecessary or redundant words and tighten things up. I will count lines and syllables to see how close they are from stanza to stanza; if they are close, I’ll revise to make them match as much as possible because I like symmetry. But, if they’re too far apart, I just leave it as a free-wheeling, asymmetrical poem. Finally, I read them out loud to see how they sound to my ear and feel their rhythms.

Have you ever wondered how novelists come up with their ideas? Or maybe getting the idea is easy; it’s developing it into a full story that’s the problem?

It’s a valid concern. And, like everything in authorship, it seems there’s no one magical way to do it. Though I’ve published two novels, have another on the way, and am developing another, I’m still honing my novel-writing process.  Here is how I’ve arrived from pre-idea to manuscript so far. Maybe you can find a nugget to borrow…

The idea first comes from a tiny speck of thought with no development or detail. My first manuscript’s idea extended from my paralegal job. I thought I’d write a story around a U.S. Supreme Court case, supposing it was decided the opposite way. So I found interesting court cases on the Internet and read books about famous Supreme Court rulings. Eventually, I settled on a story about a teenage attorney, Melody Madson – May It Please the Court?.

The idea for my second novel, Missing Emily: Croatian Life Letters, came to me after meeting my friend from Croatia. In June of 1991 when civil war broke out in her country, I had just finished my junior year of high school; my baby cousin had died about 1 1/2 years before; and my boyfriend, a foreign exchange student, returned home and didn’t write to me like he said he would. And I was so wrapped up in my own problems, I had no idea that there were children, like my friend, living through civil war, awake at night afraid someone would break in to slit their throats in their sleep. I thought about what might have happened if my friend and I had contact during that time. The idea was born.

My current novel, Taming the Twisted, takes place in 1860 in Camanche, Iowa, where I grew up. A tornado ripped through the town on June 3, 1860, which, legend has it, prevented the town from growing larger than the neighboring and currently largest city in the county, Clinton. For this book, I chose the setting and time frame and then worked to build a story around that.

My next book will also take place in Camanche, Iowa, but this time the story will center around clamming in the 1890 to 1910 time period. The main character is going to be married to a descendant of one of the toddler twin boys in Taming the Twisted. Eventually, I’d love to create a whole series of books about this fictional family throughout time, not unlike Jennifer Chiaverini has done in her Elm Creek Quilt series.

I love to research and did so for all three of my books, though less on the first one when I just looked up court cases to find a realistic one to base the story around. For Missing Emily and my current work, I performed extensive historical research. Missing Emily‘s involved several conversations with my friend, books, newspaper articles, and documentaries on Yugoslavia’s breakup. For my current book, I researched newspaper articles about the tornado and then books about the civil war, Iowa and Clinton/Camanche history, and life in the 1800s in general. I also read novels written in or about that time period, the civil war, and other young adult historical novels.

I had an outline for my first book; I developed the characters as I went along. I performed more character sketching for my two most recent books by writing character profiles, descriptions, and thinking about their personalities. I had a difficult time outlining Missing Emily; it was hard to invent a way to tell both of their stories using just correspondence while still showing rather than telling. I went back and forth with it and then finally threw out my outline and just plowed through it.

For Taming the Twisted, I started with a bare-bones outline. After writing about half the book, I decided I wanted to include a more prominent murder mystery element. So I threw out much of what I’d written and started the story a year later. For all of my books, I’ve known generally where I wanted the story to go and how I wanted it to end but had varying difficulty figuring out how to do it. When I figured it out, I went back and drafted more detailed outlines.

I type my novels directly into the computer, saving backups of backups and emailing the partial manuscripts to myself to serve as an additional backup. Though it takes me longer than I would like, I strive to just get the whole story out and then go back to add to it, fill in any holes, and revise. If I think of a question while I’m writing, I make a note to myself and move on. I’m finishing incorporating feedback from my beta readers for Taming the Twisted; they have given me some great ideas of things I need to add or change.

If you’ve written a novel, what has worked to help you get it out of your head and onto the page? If you’re contemplating your novel, what are some techniques or processes you’ve wondered about? Still stuck? Feel free to leave a comment, email me at jodie@wordsywoman.com, or use the contact form.