Welcome to the inaugural Author Spotlight blog post, focusing on how authors do book marketing. I’m proud to present author Joan Mauch who I met in a novel workshop series prior to publication of her first book, Halifax (2013, Whiskey Creek Press). I remember Joan was in the middle of a complete re-write of her book, but I could tell it would be good.

Joan Mauch’s background ranges from teaching and working for nonprofit organizations advocating for the poor to a career in marketing and public relations. She lives in Davenport, Iowa; she has a bachelor’s degree in chemistry and a master’s in urban studies.

Joan created a marketing plan for her books based on her experiences in the marketing and public relations fields, with sections for “personal and professional contacts, news media, social platforms, and public appearances.”

When asked if her attitude toward book marketing had changed since her first book’s release in 2013, Joan said, “With my first book, I hosted a ‘launch party’ at a local pub and gave away 35 copies to family and people who helped me over the years. After adding up the expenses versus the income, I realized I was spending more than I was earning and that it wasn’t an acceptable business model. I justified it by the fact it was my first book and I needed to get my name before the public, but realized I couldn’t continue promoting future releases in this manner.” 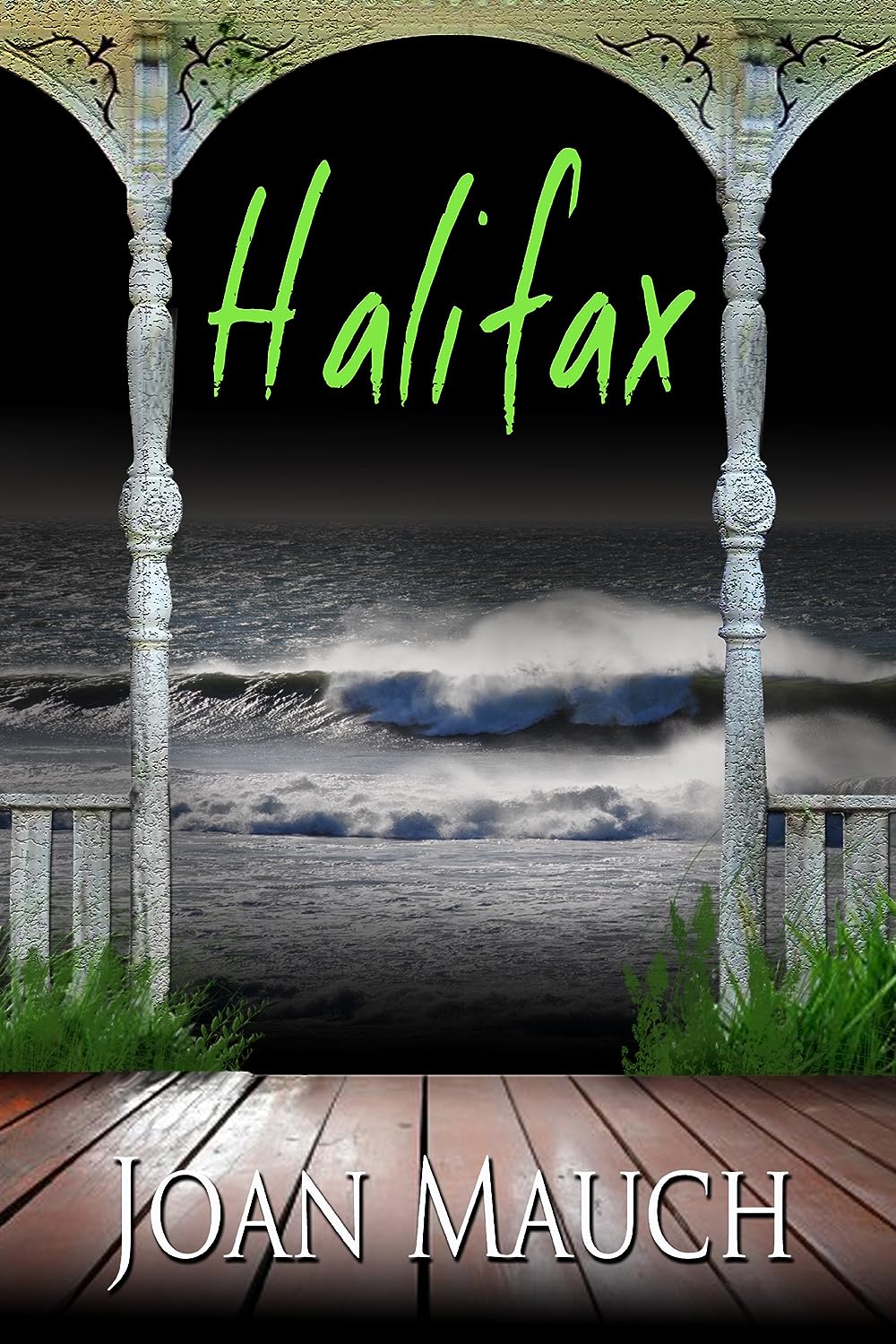 This is an important lesson: though we are artists, authors still need to keep the bottom line in mind. If the finances don’t make sense or the potential intangible benefits (exposure, for example) aren’t great enough, reconsider what you’re contemplating. For example, I recently considered running a Twitter ad to promote one of my books, but the cost to get it to appear in a person’s feed was $2.75 – I make less profit than that for each sale of that particular book.

Joan has met some challenges in marketing her books. “Marketing is difficult for me despite my background. It’s one thing to promote an organization or product and quite another to promote yourself and your own work. It feels a lot like bragging, which is what we have all been taught is unacceptable.”

She’s also faced some surprises: “What surprised me was the amount of time it takes. Also the realization that over three hundred thousand books are published every year. I thought it would be easy to attract readers, but considering the huge number of books for sale, gaining a readership outside one’s personal circle is difficult.” This is so true; it’s so easy for first-time authors to naively adopt the “publish it and they will come” mindset.

Joan has found that what currently works best is promoting her books through personal appearances and direct mailing her contacts (and likely working to increase the volume of those contacts). She says it’s worked marginally well for her so far and she’s hopeful she will gain traction over time. Marketing books is definitely a marathon and not a sprint.

A strategy working for her most recent book, The Waterkeeper’s Daughter (2014, Whiskey Creek Press), is holding a joint presentation with the Quad-City Waterkeeper, Art Norris, at the Bettendorf Library’s Read Local series. This partnership has helped Joan spread the word in several ways, including an article in February’s Radish magazine, the library produced and distributed brochures and fliers, and inclusion in the city of Bettendorf’s email news briefs. And none of it has cost Joan a penny.

Joan says, “Connecting the novel with a local issue or personality makes it easier to get publicity because it will be promoted along with a topic of local interest and the event or news story won’t simply be an obvious effort to sell a novel.” She’s also had good luck with book signings at the local The Book Rack locations and Midwest Writing Center’s signing at Southpark Mall in Moline, Illinois.

Of course, some things haven’t worked so well. Getting listed on various book listing websites hasn’t been beneficial. “While that sounds like the perfect place to promote a book, I haven’t seen much by way of results – although I have received several editorial reviews, which is helpful.” Joan has listed her book on Readers’ Favorite, Manicreaders, Shelfari, Authors database, Book Pleasures, and Night Owl Reviews.

Joan has invested in some paid advertising. “I signed up for ‘Author Shout’ which promotes books on Twitter. I’ve seen it promoted and had some retweets as a result. I can’t say whether or not sales resulted, although it did get my book title and name out there.” She also gave away three copies of her first novel on Goodreads and over 700 people entered, but none of the winners reviewed the books (a courtesy, not an obligation, suggested to winners). This evidences the volatility in book marketing – what works for one author or even one book might not work for another. I’ve given away book copies through Goodreads and though not all the winners gave me a review, some did.

We all have personal (sometimes personality-based) weaknesses when it comes to marketing books. Joan says, “Using social media isn’t really my strong suit. I realize I need to work harder at participating. I have a website and blog which I use to promote my novels. When I blog, it is automatically published on my Facebook author page, Twitter, Amazon, and Goodreads, so that’s a lot of exposure with not a whole lot of effort. I also participate in Pinterest and LinkedIn but again, not to the extent that I should.” She relates that using her website’s blog works best, though it hasn’t reached the volume she’d prefer just yet.

Joan offers this advice for marketing books: “Don’t overlook your personal contacts – friends, family, high school and college classmates, neighbors and co-workers. These are the people who will be most thrilled to hear that you’ve been published and will spread the word for you. Don’t be embarrassed to ask them to let everyone know and to post their comments on Amazon, Goodreads and Barnes & Noble (if they carry your paperback or e-book).”

She also advocates creating a website to promote your book titles with a blog chronicling your journey before and after publication. “Hook your website up with Twitter, Facebook, Amazon, and Goodreads so every time you blog, it will get wide exposure.” She also advises, “Your book can be listed for pre-release on Amazon a month or so before it’s released, which builds excitement. Do the same on your blog, Twitter and Facebook. Don’t forget to send a news release to the local media, especially your local newspapers.”

I asked Joan if she had anything else she’d like to say about writing, being an author, or book marketing: “Many authors, myself included, give little to no thought about what happens once their book is published. They assume the publisher will do the heavy lifting with respect to promotion and marketing and all they have to do is show up from time to time and sign books for a long line of admirers. Nothing could be further from the truth. Yes, publishers will send your book out for review and list it on some websites, but that’s about the extent of it unless you’re a top-selling author. The rest of us have to shoulder that burden on our own. While most writers prefer to sit in their study and write, the fact is, unless they actively participate in promoting their own books, their sales will languish and they will eventually be dropped by their publisher. Writing a novel is not only an art but once it’s published, it becomes a business. Writers who think they’re too good to promote their work will most likely be disappointed in the outcome.”

Obviously, Joan is doing a great job promoting her books, since all three of her titles have been published by Whiskey Creek Press:

Halifax (January 2013, Whiskey Creek Press). Forty-year-old Eleanor Hurley is leading a life of quiet desperation when a single moment of violence changes everything. She kills a homicidal man to save a group of children. Rather than being repulsed, she is exhilarated and fearing she may be turning into a serial killer, flees to Halifax, but cannot escape herself or the trouble that lies ahead.

The Mangled Spoon (May 2014, Whiskey Creek Press). Psychiatrist Marcus Rukeyser’s newest patient is catatonic. Discovered foraging for food clutching a damaged antique spoon, he learns she’s connected to three dead or missing nuns from a prominent Chicago parish. With only two weeks until she’s committed to a state mental institution, authorities make it clear they’ll go to any length to prevent him from uncovering the ugly truth—including destroying his career, his home—and potentially his life.

The Waterkeeper’s Daughter(November 2014, Whiskey Creek Press). Twenty-one year old Annie Whitaker arrives home from college to devastating news—her beloved father, Lake Okeechobee’s waterkeeper is dead. Meanwhile, a very angry man is bent on revenge for the damage done to his family by her estranged grandfather. Very soon the word “regret” will have a whole new meaning for the Whitakers—but by then it will be too late.